July 24 in Communication, Courage, Models by Joel DiGirolamo | No Comments

We‚Äôve all had to work with toxic team members‚ÄĒbosses, peers, and subordinates. I don‚Äôt know anyone who enjoys working with such individuals, however some of us are better able to handle them than others. Let‚Äôs break this issue down into several steps: why someone might be toxic, what you can do about the situation, and some useful tools. 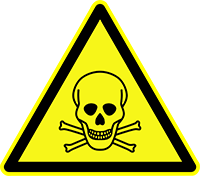 Why Is Someone Toxic?

Human beings are complex creatures. We are blessed with a powerful and yet intricate cognitive ability which allows us to manipulate our environment to our advantage, but unfortunately this ability also allows us to ruminate and mentally travel down dark pathways, causing depression, mental instability, and other pathological behaviors. People may descend these pathways as a result of genetics (trait behavior) or traumatic experiences (state behavior).

Suppose you have a co-worker who frequently lashes out at others in meetings. Your initial reaction may likely be one of anger with a desire to push back against this individual. Now suppose I told you this person was physically and sexually abused as a child. Would your attitude shift toward compassion? Probably, although you still may not wish to have the person on your team.

Remember that many people lead very chaotic lives, whether by choice or inclination. They may desire to bring everyone down to their level. Some individuals will be toxic because they are bumbling and maybe don‚Äôt have the mental equipment to handle social situations gracefully.

This is where the concept of emotional intelligence (EQ) enters. Although many models of emotional intelligence exist, most cover the ability to become aware of one‚Äôs own and others‚Äô emotions as well as the ability to regulate one‚Äôs emotions and influence the emotions of others. A toxic individual could have an overall low EQ and find themselves bumbling from crisis to crisis, could have an overall high EQ and intentionally leave a wake of destruction behind, or lie somewhere in between. What is important is that if you are able to determine their EQ level then you will know what to work on‚ÄĒintentional sabotage or bumbling incompetence.

Toxic individuals frequently get together and commiserate. They tend to feed on each other and unfortunately they can spoil an entire team if left unattended.

What You Can Do

Try to have a conversation with these folks. Sit down one-on-one and attempt to get to the deeper level of the problem. Sometimes this is not possible because the other person is unwilling to open up and let you in. Other times the individual may begin to allow you an insight into the depth of the issue. Seek clarity in understanding what is going on. Probe gently for a deeper understanding. Explain to the individual that while you may respect their position, it is not productive for the team. If possible, don‚Äôt leave with assumptions on anyone‚Äôs part.

Set boundaries and hold the team members to those boundaries. Be specific about what is appropriate and inappropriate behavior.

Toxic individuals frequently spew their trash via e-mail because it is easier than doing so in person. Many times we will say things online or in an e-mail that we wouldn‚Äôt in person because a distance exists between us. This makes the altercation impersonal and less compassionate. Simply stop the e-mail battles and pick up the phone or walk into the individual‚Äôs office. You may also want to consider that writing an e-mail can be cathartic for some.

You have several tools at your disposal. One is to consider an individual‚Äôs behavior on a spectrum from ‚ÄúYes‚ÄĚ on one end to ‚ÄúToxic‚ÄĚ at the opposite end and ‚ÄúChallenging‚ÄĚ in the middle. I think we‚Äôve all heard the term, ‚ÄúA ‚Äėyes‚Äô man.‚ÄĚ This type of person will say yes to whatever the team or boss wants in an effort to get ahead or get along. As a result, they contribute very little. Some leaders prefer subordinates such as this since they are malleable, submissive, and low maintenance. At the other end of the spectrum toxic individuals will push against you no matter what. They will search for ways to resist. Again, this could be for several reasons and it, too is clearly nonproductive.

As in many cases, the middle path is the most productive. An individual may challenge you, which causes you to think through an idea or problem more thoroughly. This can be very helpful, especially if the individual helps your group or organization create something better as a result. Reviewing this model with the toxic individual may be very helpful in illustrating how you view the problem.

Another tool is called the positivity ratio. Research has shown that leaders exhibiting positive behaviors at least three times as often as negative behaviors have higher performing teams. While this works only to a certain point, the concept is important to explain to a toxic worker so he or she understands the powerful effect of positivity.

Finally, a technique known as the mirroring dialog from Imago Therapy can be used to help dissipate charged energy from a toxic team member and provide a path to a more open dialog. While I don‚Äôt have space here to go into the details of the technique, I encourage you to explore this powerful tool if you are committed to adding skills to your toolkit.

If the toxic team member doesn’t want closure and keeps beating on the current topic you can certainly call them on it and ask for an explanation. Many times the individual has no desire for closure. That is the point at which you must make a decision as to whether or not you are better off with or without the individual. Sometimes you are stuck with the person. They might be a friend or relative of your boss or your boss‚Äô boss.

Keep in mind‚ÄĒyou will learn and grow from each of these situations. Ask yourself what the lesson is in each one, for you will likely be able to apply the lesson later on in life or teach it to someone else.

Leadership Means Taking a Stand in Times of Crisis

December 20 in Communication, Courage by Joel DiGirolamo | No Comments

This last week I‚Äôve observed how individuals and organizations have responded to the tragic loss of life at Sandy Hook Elementary School in Newtown, CT. It began shortly thereafter with President Obama‚Äôs remarks on Friday, ‚ÄúWe‚Äôve endured too many of these tragedies in the past few years‚Ä¶ As a country we have been through this too many times. Whether it‚Äôs an elementary school in Newtown, or a shopping mall in Oregon, or a temple in Wisconsin, or a movie theater in Aurora, or a street corner in Chicago, these neighborhoods are our neighborhoods and these children are our children and we‚Äôre going to have to come together and take meaningful action to prevent more tragedies like this, regardless of the politics.‚ÄĚ 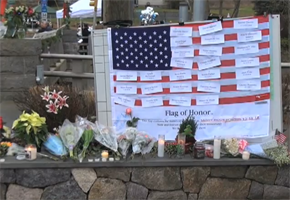 As I heard the words my immediate thought was ‚Äúgun control‚ÄĚ‚ÄĒand that he‚Äôs really sticking his neck out on this one. I hoped it wasn‚Äôt just a knee-jerk reaction. And then my mind drifted to the topic of leadership, and that‚Äôs where it stuck. Good leaders take a well-reasoned stand and act to make it happen. This takes courage, an essential leadership element.

The following Tuesday Cerberus Capital Management LP, owner of the Freedom Group which made the Bushmaster rifle used by the shooter in this tragedy, announced that it will sell the group. While the motives of the sale may be many, the important point is that Cerberus is also taking a stand and moving forward. That‚Äôs leadership.

So when a time of crisis emerges remember that it‚Äôs time for you to earn your paycheck and your stripes. Ask for opinions, remain open for a while and then begin to formulate options and strategies. You don‚Äôt need to be 100% sure‚ÄĒthat‚Äôs analysis paralysis, but once you‚Äôve got a good feeling about the path forward lay out the steps to make it happen, including clear concise communications and go!