June 26 in Collaborative Leadership, Culture by Joel DiGirolamo | No Comments

Over the past several years Chinese construction companies have broadened their reach, aggressively pursuing projects in the West and Middle East. Unfortunately, several of these projects have run amok, falling prey to the ignorance of local regulations, insensitivity to culture, and importation of foreign workers. Notable examples are a section of highway in Poland and several projects in Saudi Arabia. 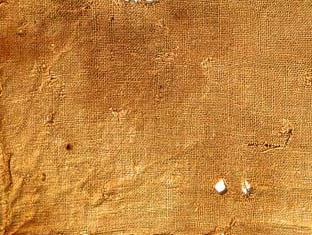 China Overseas Engineering Group (COVEC), a division of the China Railway Engineering Corp (CREC), underbid European contractors on a 30 mile segment of highway the Polish government had hoped to complete before the European Championship soccer matches in early June 2012. They didn’t underbid by just a little, but by about half. European contractors cried foul but were overruled. Work began and COVEC hired some local contractors and imported Chinese workers at low labor rates. Then the process began to bog down due to shoddy workmanship, inadequate review of specifications, and inexperience. Cash flow slowed and material costs began to rise. The result was unpaid workers and the dismissal of COVEC after they demanded an additional $320M to complete the project.

Several Chinese companies have departed from the Saudi Arabian market when their construction quality could not meet local quality standards. When asked to meet those standards they requested price hikes that would put the cost in the same ballpark as those from experienced, high quality US and European companies. The Saudis opted to go with the proven contractors instead.

In a similar fashion, when you are leading your team into new geographic markets it is important to immerse yourself into the fabric of the local culture. Remember that you will be viewed as an outsider and possibly a threat to local jobs. Hire native individuals for local management and listen to their opinions.

One way to build rapport is to keep in mind the simple fact that everywhere in the world people all want the same thing. I have worked in almost 20 countries and experienced a set of universal values—everyone wants safety and security, a modicum of shelter, safe and adequate food supplies, sufficient healthcare, jobs, and education for their children. While one could argue the items on this list, the concept is nevertheless solid. Building your discussions and strategy around these universal elements will go a long way toward productive integration with the locals.

As you become closer to the people and culture in this new region, whether providing a service or product, or manufacturing in the area, observe and analyze the effect you and your organization will have on the people. Is there a possibility that you might affect the culture? If so, expect a backlash from a segment of the population and prepare in advance to handle it with great sensitivity and be proactive whenever possible.

Lastly, ensure you meet all local laws and regulations. Hire knowledgeable contractors to assist in planning for and navigating through the labyrinth of legal barriers.

Following these simple guidelines can mean the difference between success and failure in a new geographic region. Just remember the word “respect.” Respect all people, all the time wherever you are and they are likely to respect you back.

Rita Builds Bonds Beyond the Ropes

Rita Hayan-Feruz Kleinstein, or just “Rita” as she is affectionately known, is considered by most people to be the top female singer in Israel today. Turns out she also happens to be extremely popular in the land of her country’s archenemy—Iran. Jewish Rita was born and raised in Iran until the age of eight when she immigrated to Israel. Throughout her life she cherished the Persian folk songs passed on to her by her mother. Last year she chose to modernize and record them, producing her latest album, My Joys. Since Western music is banned in Iran, Iranians have purchased bootleg copies on the black market or discretely downloaded digital versions. And so Rita is building an enthusiastic bond between the people in the land of her birth and the land of her heritage. 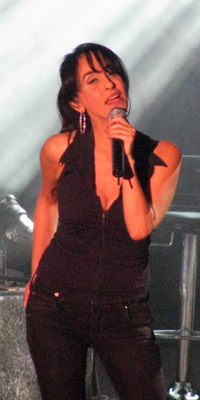 Such bonds can help your team perform better as well as maintain its viability over a long period of time. Research has shown that group performance is correlated with the individual team member’s ability to work together toward a common goal. This is known as task cohesion. Similarly, when team members get along well socially, i.e. have high social cohesion they are able to function well for an extended period of time.

For example, you might have a team in which the members don’t really enjoy each other’s company but all are motivated to complete the goal. They will likely perform well and finish their task. However, they may choose to switch teams at the end of the project phase or, in extreme cases where the team degenerates into dysfunction the team may dissolve.

So-called “ropes” courses are meant to be physically challenging exercises where individuals discover they can complete a task only by working together. Research has shown that these courses increase cohesion within groups for a time but that follow-up sessions are required to continue the momentum. This is analogous to research on virtual teams. The virtual team research shows the importance of face-to-face meetings to build both social and task cohesion.

The experiences, like the ropes courses imbed the knowledge or learning in our bodies. Explaining the concept or theory imbeds the knowledge in our heads and helps us relate the new information to existing knowledge, or schema as it is called in the psychology world. Applying the new information via multiple channels also helps reinforce the message. Incorporating reflective individual questions and discussion helps reinforce the actions participants take in the exercises.

One of the classic experiments involving group cohesion is the Robbers Cave study which was carried out in 1954. This study of two groups of 11 year-old boys illustrated the value of task cohesion and the resulting social bonds it could build. The study was carried out in three phases. In the first, the boys were divided into two groups and over a week’s time were allowed to develop social bonds and group norms. During the second week the two groups competed against each other and rivalries developed. The third week researchers introduced goals which required resources and effort beyond the capability of one group. As the two groups joined forces toward common goals they were able to achieve them and social bonds resulted.

Returning to Rita, I am delighted with her energy and enthusiasm toward building a bond between the Israeli and Iranian people. Music is frequently a common denominator across cultures. I have traveled the world and marveled at the universality of music, from classical to pop. My hope is that her efforts spawn similar experiences, building bonds across all cultures across the globe.

The Power of Collaboration

This past week I had the honor of working with 200 high school sophomores from all over the state of Kentucky. These bright, hard-working students were hand-picked by their high school teachers and administrators to take part in the state-level three-day Hugh O’Brian Youth Leadership (HOBY) program.

The students were divided into 10-member groups and I had created an exercise which provided a unique role for each student. One student was the leader and the others had other specific roles on the team. We held two rounds of discussion which were facilitated by the leader.

During this second round the students revealed information regarding new features that could be included with little additional schedule risk or budget ramifications. They were able to work together more productively, came up with more creative solutions, and felt more satisfied in their roles. We then held a discussion with the entire group and talked about the differences between the two types of leadership style. When asked if they would have considered quitting their job during the first round had it been real life, several said that they would have quit.

These students experienced two powerful aspects of leadership firsthand—the significant influence a leader has over the process within the team and the power of working collaboratively.

Research has illustrated these factors as well. Fostering collaboration allows each team member to contribute their unique and valuable knowledge, skills, and abilities. Frequently, one individual will add to another’s contribution, thus developing something more than originally envisioned. Creative insights, such as these synergies are the innovations which fuel organization’s profits on a continuous basis.